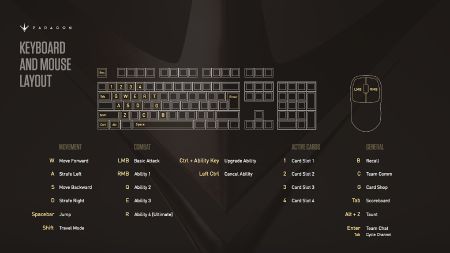 Welcome to Paragon, the MOBA currently in development and early testing from Epic Games coming soon for PC and PS4. Below is a bit of a guide to help you get started, and into the game in the battle for Agora. What is Paragon you ask? Paragon is a MOBA, or Multiplayer Online Battle Arena. Two teams of five players will battle it out on Agora, the first map. The point of the game is to destroy the enemy team's Core, which is located deep in enemy territory near their base. You'll probably want to know how to use the game, so check out the keyboard controls below for a quick n' dirty to getting your fingers into the game.

→ For a complete list of keyboard and playstation controls, visit the Keyboard Controls Guide 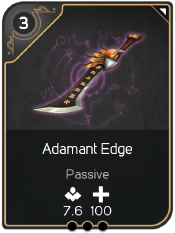 Before each match, you'll want to choose a Hero you think that will fit your style of play. As you begin your first game note that all of the heroes in Paragon have unique abilities and are designed to have certain strengths that they contribute to the match in order to counterbalance one another's weaknesses. As you play and defeat your first Minions you'll get a chance to gain CXP which is the Card experience, as well as normal expereince which will give you a chance to level up and get more Abilities to face your foes. Based on the Cards you'll have different stats, and the card level in the top left will determine how many points you will have to spend on equipment cards. See right for an example of the Cards in the game.

→ See Cards and or CXP for more specific information on Cards and unlocking them all.

As each individual hero progresses through the match, they will gain XP (experience) from killing enemy Minions, Structures, Harvesters, and Heroes. As you level up with your hero, they gain health & mana and unlock / level up their abilities. Every hero has a basic attack, a passive ability, and four active abilities. Passive abilities provided a constant benefit and won't be covered further in this guide. For simplicity, whenever the word "ability" is used from this point on, assume we are talking about the four actives. You begin the game with both your basic attack

ability unlocked, and are also able to choose a third ability that you would like to start the game with Q or E. You unlock and level up abilities by holding CTRL + the use key for that ability Q, E, R,

Additionally as you play more games you will also gain hero experience on your account which will unlock other things like card packs, Deck slots, and Hero Skins as you play each hero and master them over time.